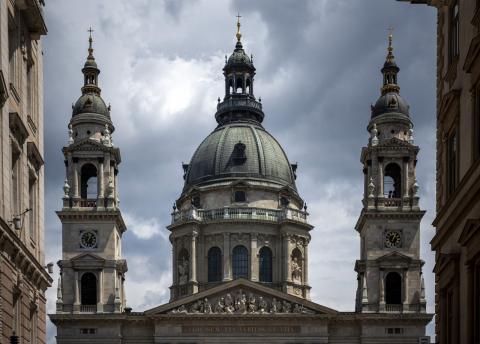 One historic event that reflects how much, and perhaps also how little, the world has changed in the last century, is the peace treaty signed in the Grand Trianon Palace in Versailles on June 4, 1920.

This treaty marked the final dissolution of the Austro-Hungarian Empire at the end of World War I. It laid the foundations for the new map of Europe, but, while resolving some old disputes, also created new ones.

The treaty is best known for stripping Hungary of two-thirds of its territory and almost half of its population. These were divided between Austria, Romania, the new state of Czechoslovakia and the new Kingdom of Serbs, Croats and Slovenes, later called Yugoslavia.

A century on, the treaty still stirs anger and emotion across the region. While some celebrate it as a new beginning, Hungary remembers it only as one of the greatest tragedies in its history.

Memories of Trianon haunt many Hungarians, who see it as an almost personal trauma: unjust, and a source of contention over the rights of ethnic Hungarians in Romania, Slovakia and Ukraine to this day.

"What was unjust before remains unjust until the end of the times. Wounds can be healed but amputation can not," Hungary's Prime Minister, Viktor Orban, said in his speech marking the anniversary of this event last year.

A historical grievance and a contemporary problem

Experts say the Trianon trauma is a key to understanding why many Hungarians feel themselves "victims" - and why politicians who vow to "defend Hungary against further injustices" gain popularity.

Hungary's conservative and right-wing parties rediscovered the value of the Trianon-trauma vote right after the democratic transition in 1989, and have used it to rally support. Orban has drawn on...