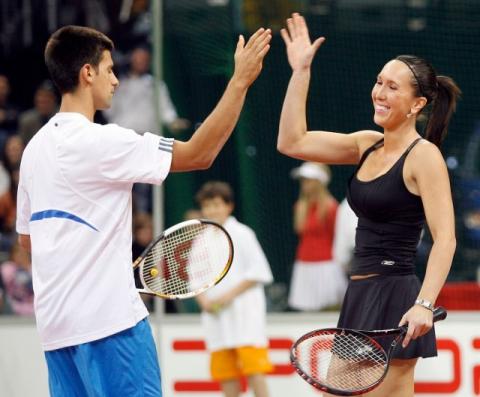 The Serbian tennis player talked about the upcoming spectacle of the Adria tour, which will be held in Belgrade, Zadar, Banja Luka and Podgorica.
"I am very pleased to announce Jelena Jankovic's return to the tennis court after more than two years," Djokovic said.
After that, Jankovic briefly joined the program via a video call and said:
"Hi, Nole, I'm leaving for Belgrade soon. Thank you very much for inviting me to be a part of the spectacle. Hello everyone and see you in Belgrade."

Jelena and Novak will share the court (mixed doubles), along with Olga Danilovic, our best young tennis player, Nenad Zimonjic, one of the most successful doubles players in the history of tennis, but they will be accompanied by many other surprise guests.
The tournament in Belgrade will be played on the grounds of TC Novak (June 13/14), then it will move to Zadar (June 20/21), then to Montenegro (June 27/28) and finally to Banja Luka (July 3/4).
Jelena Jankovic played her last match at the US Open in 2017.