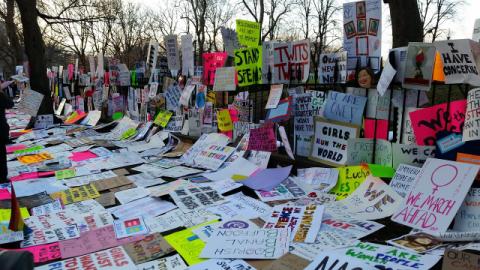 Under the motto "For the stolen childhood", late this afternoon in Tirana, Durres and Vlora were held protest demonstrations with the participation of thousands of citizens, mostly women, accompanied by their daughters.

The protests were sparked by the discovery of sexual abuse of a 15-year-old schoolgirl by a 65-year-old school guard. The defendant, in addition to committing his crimes under duress and threats, allowed the girl to become a victim of a group rape.

Earlier in today's plenary session, MP Waltery called for the return of the death penalty to Albania, adding that "whoever touches a child should be hanged in the city center".

In Albania, protesters say 12 percent of the children are sexually harassed and five percent are raped.

"Për Fëmijërinë E Vjedhur" (For the Stolen Childhoods) Protest for sexual assault victims who haven't been heard or have been silenced or ignored, today in Tirana, Albania. (Please follow the thread to sign a petition for a Sex Offenders Registry system to be created there.) pic.twitter.com/6WHDDLInhO