Decade after arbitration referendum Slovenia, Croatia still on opposite sides 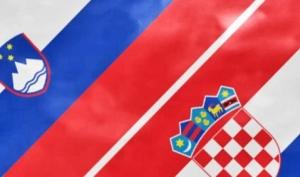 The arbitration agreement was signed by the then prime ministers Borut Pahor and Jadranka Kosor in Stockholm on 4 November 2009 following almost two decades of failed border talks.

The agreement envisaged taking the issue of both land and sea border to the arbitration tribunal. The tribunal was also to decide on Slovenia's junction with high seas and a regime for the use of maritime zones.

The agreement was reached following an intervention from the EU to overcome the impasse created by Slovenia's blockade of Croatia's EU accession. Slovenia argued that Croatia was predetermining the border between the countries in the documents it submitted to the EU during accession talks.

The Slovenian parliament ratified the arbitration agreement in April 2010 but decided to nevertheless put the matter to a referendum on 6 June, arguing "this is such an important issue...