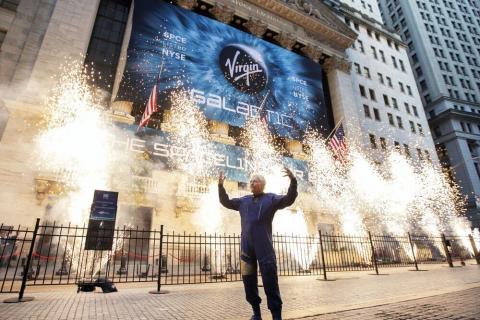 It doesn't quite reach the fantasized heights of George Jetson and Iron Man, but still promises plenty of thrills.

"I see this as a real possibility,'' she said. "You're going to see low-Earth orbit open up.''

The road to get there has never been so crowded, with Elon Musk's SpaceX company leading the pack.

A week ago, SpaceX became the first private company to send people into orbit, something accomplished by only three countries in nearly 60 years. The flight to the International Space Station returned astronaut launches to the U.S. after nine long years.

"This is hopefully the first step on a journey toward a civilization on Mars,'' an emotional Musk told journalists following liftoff.
Closer in time and space is SpaceX's involvement in a plan to launch Tom Cruise to the space station to shoot a movie in another year or so. NASA Administrator Jim Bridenstine embraces the idea. He wants NASA to be just one of many customers in this new space-traveling era, where private companies own and fly their own spaceships and sell empty seats.