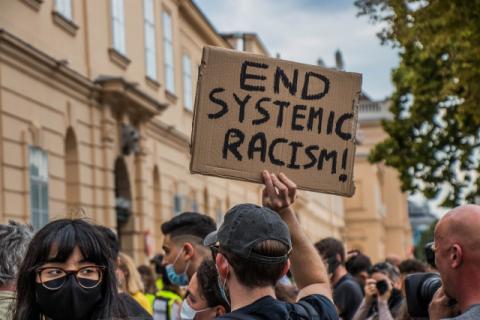 Hundreds of people took to the streets of Sofia this afternoon with Black lives matter posters, anti-racist messages and as part of a global series of protests over the assassination of George Floyd in the United States.

The Bulgarian protest was attended by Bulgarians and foreigners, approximately equally, mostly with signs in English.

The protesters walked along the pedestrian Vitosha Blvd. and were noisy but peaceful.

Hundreds of thousands around the world in Europe, Asia and Australia are on the streets against racism and in support of American protesters.