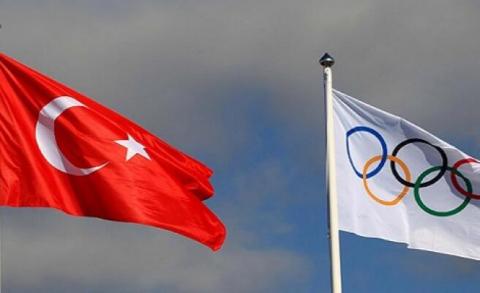 Istanbul must be a candidate for the 2032 Summer Olympics and the Turkish megacity should not give up until that is accomplished, a sports executive said on June 7.

"I believe Turkey shouldn't give up its ambition for the Olympics. Besides, I think Turkey should be a candidate for the 2032 Summer Olympics," Hasan Arat, Deputy Chairman of the Turkish National Olympic Committee (TMOK), told Anadolu Agency.

Arat stated that Turkey- having a large population of young people - should not abandon this goal.

"Istanbul is ready to be a candidate [for the Olympics]," he stressed.

He reminded that Turkey missed out on hosting the 2020 Olympics as Tokyo was named the host city for Games, which have been postponed until July 2021 due to the coronavirus pandemic.

The 2024 games will be held in Paris while Los Angeles will host the 2028 Olympics. However, the host nation for the 2032 Summer Olympics is yet to be named.

In 2013, Istanbul lost out to Tokyo in the final voting by the International Olympic Committee, which convened in the Argentine capital Buenos Aires to decide on the city to host the 2020 games.

In the first round of voting, Istanbul and Madrid tied with 26 votes each. A second round was held between the two cities and Istanbul won with 49 votes to Madrid's 45.

In the final round of voting by the International Olympic Committee members, Istanbul received 36 votes, not enough to beat Tokyo, which won with 60 votes.

Arat urged the next generations in Turkey to stick to the country's Olympic dreams and said Turkish politicians should insist on this so this task will be accomplished...