Talks with US on Patriot sale haven’t progressed: Official 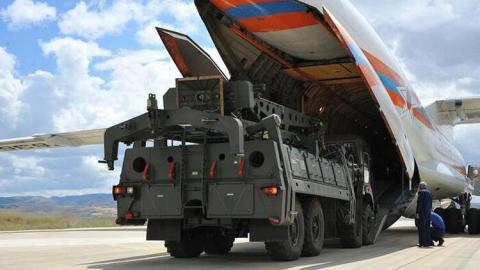 Slow-moving talks with the United States for the procurement of Patriot air defense systems have not matured, a senior Turkish official has said, while noting the country's progress in ongoing cooperation with France and Italy's Eurosam on SAMP/T systems.

İsmail Demir, the head of Turkey's Defense Industry Presidency, provided updated information about the government's talks with the suppliers of air defense systems that Turkey plans to procure in the near future, including Russia's S-400s, the United States' Patriots and the French-Italian consortium's SAMP/T, in an interview with broadcaster NTV on June 8.

Defending Turkey's airspace requires a layered air defense system that can deploy multiple weapons, including locally made Korkut and Hisar systems that are currently in the manufacturing process, Demir said.

Ankara has repeatedly told Washington that it's ready to purchase Patriots systems under certain conditions, including technology transfer and joint production.

Regarding the work with Eurosam for the joint production of the SAMP/T air defense systems, Demir said: "Generally, this is about producing a joint system by Turkey, Italy and France. Turkey is about to accomplish its own work. We will hit the road after the other two countries complete their work."

Turkey and Eurosam agreed to work on what they called a definition study of the future Turkish Long-Range Air and Missile Defense System in 2017. The study aims to prepare a development and production contract for the future system that...