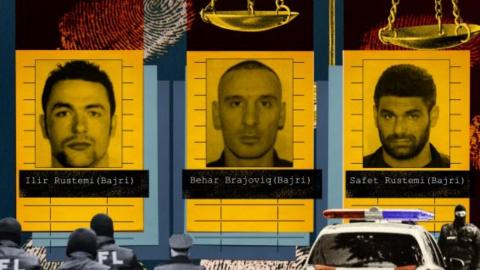 Much was expected of the Special Anti-Corruption and Organised Crime Prosecution, better known by its acronym SPAK, but within weeks it had ruled that the so-called Bajri Group was not a group at all, saying it had no evidence to prove any of the crimes, bar the match-fixing, was committed by more than two of the defendants at a time - the benchmark for an organised criminal enterprise under Albanian law.

The decision, coupled with months of procedural wrangling between courts, mean the defendants are only now nearing trial, but in a lower court in Shkodra where several of them grew up and hold significant business interests. Some have walked free after their pre-trial detention expired. The charges they face have been heavily watered down.

The developments, pieced together via court documents obtained by BIRN, raise fresh questions about the effectiveness of the 2019 justice overhaul under the Socialist-led government of Prime Minister Edi Rama, and of SPAK in particular.

Its creation was hailed as a major step in the fight against deep-rooted organised crime and graft in Albania, but SPAK already faces criticism over the collapse of money-laundering charges in the case of 3.4 million euros found by police stuffed in the door cavities and upholstery of two imported cars in mid-2018.

So far, it can boast only of the arrest on April 3 this year of two mid-level prison officials on suspicion of taking bribes to facilitate the sale of over-priced goods to prisoners.

Some of the defendants in the Bajri case are well-known to police forces in Europe.

Safet Bajri had already been handed prison sentences twice in Belgium - nine years in 2015 for...