Vietnam ratifies trade deal with EU in boost for economy 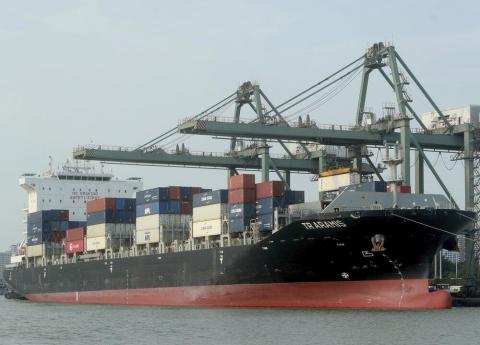 Vietnam ratified a landmark trade deal on June 8 with the European Union that is expected to energize the country's manufacturing sector and exports, as it recovers from the impact of the coronavirus pandemic.

Lawmakers approved the agreement in their first National Assembly session since the pandemic began.

The deal was signed in Hanoi last June and was ratified by the European Parliament in February.

When it takes effect next month, the EU will lift 85% of its tariffs on Vietnamese goods, gradually cutting the rest over the next seven years. Vietnam will lift 49% of its import duties on EU exports and phase out the rest over 10 years.

The implementation of the EU-Vietnam Free Trade Agreement "can't come at a better time for Vietnam when it's on the path of economic recovery after several months of closure due to COVID-19," said economist Pham Chi Lan, a former adviser to several of Vietnam's prime ministers.

Vietnam prioritized public health and safety when the coronavirus started to peak in China. It closed the border with China in January and with the rest of the world in February while imposing a social shutdown that lasted until the end of April. The tough measures contained Vietnam's outbreak to just over 300 cases with no known deaths. No local infections have been reported for almost two months.

Still, the economy has been hit as the shutdowns at home and abroad restricted movements of goods and people.

The pandemic revealed shortcomings in Vietnam's manufacturing sector. After Vietnam's own factories reopened, output was constrained by a lack of supplies of materials from China. That was particularly true for textiles, footwear and electronics, the country's key exports.

Winner in fighting coronavirus: A country of 97 million has 300 infected, no dead

Water frogs may be wiped out by 2050 in south Çukurova region due to over consumption: Experts

Telling the truth is crucial when it comes to managing pandemics, says John Barry

10,000 People Quarantined in Vietnam because of the Coronavirus