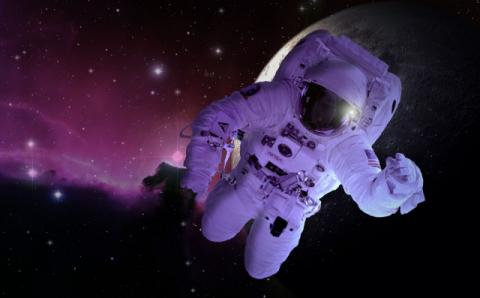 On June 7, 1988, 32 years ago, the second Bulgarian cosmonaut Alexander Alexandrov took off. He is the first Bulgarian on a space station and is also the one who spent the longest time in space.

In 1977, Alexandrov was chosen as an astronaut in the second group of the Intercosmos program, together with the first Bulgarian cosmonaut Georgi Ivanov. On March 1, 1978, he arrived at the Cosmonaut Training Center for general space training.

He is preparing for the space flight in 1979, during which he is a backup for Georgi Ivanov. Due to technical problems, Georgi Ivanov's space flight was interrupted earlier and the research program provided for this flight is not being implemented.

After an additional agreement between Bulgaria and the USSR, the sending of a second Bulgarian cosmonaut is being prepared. In June 1988, Alexander Alexandrov became the second Bulgarian to fly into space. During the flight he performed 59 successful scientific experiments, including testing Bulgarian food for astronauts.

During the flight a teleconference of the astronauts with Todor Zhivkov was made, broadcast live on the Bulgarian National Television.

He was awarded the Stara Planina Ribbon. On December 11, 2013, for his especially great merits for strengthening and development of the armed forces, he was promoted to a higher military rank in the reserve of Major General.

Thanks to space technology, aircrafts are now able to reach a speed of 6-8 thousand km/h - so in the future the flight from London to Australia will be 4, and not as it is now 16 or more hours, said Alexander Alexandrov some time ago, adding that we have a promising future as new materials and drugs are received in space, which will ensure the longevity of mankind. The time...

Riots in the Netherlands Escalate Following Introduction of Curfew