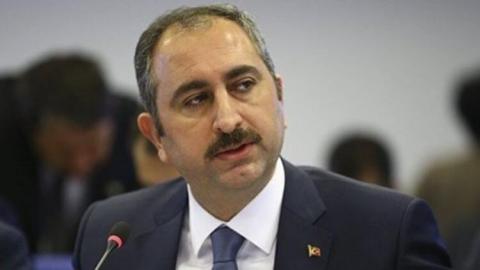 Asked about their situation, Gül said final judgments under the judicial proceedings have been made against the lawmakers.

"According to the Constitution, if the final prison sentence is submitted to Turkey's Grand National Assembly, then this would be the consequences."

In response to criticism of the court's decisions, he said the removal of legislative immunity that led to the prosecution of the lawmakers was thanks to the support of the main opposition Republican People's Party (CHP) in 2016.

Gül said if the CHP did not provide this support, the constitutional regulation that led to the prosecution of the lawmakers would not have passed through parliament.

On the question of whether there is a deficiency of laws regarding the election of lawmakers and mayors, he said considering and preparing a new election law is useful and necessary.

One of the former lawmakers who was sent to prison is from the CHP and the other two are from the Peoples' Democratic Party (HDP).

The final judgments of the judicial proceedings against CHP lawmaker Enis Berberoğlu and HDP lawmakers Leyla Güven and Musa Farisoğulları were read out in the National Assembly.

Güven, from Hakkari province, was sentenced to six years and three months in prison by a provincial court for "being a member of an armed terror group."