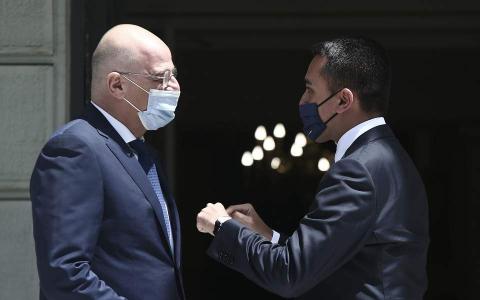 Athens and Rome are expected to sign an agreement delimiting an exclusive economic zone (EEZ) between Greece and Italy on Tuesday.

The deal will be signed at a meeting in Athens between Greek Foreign Minister Nikos Dendias and his Italian counterpart Luigi Di Maio, after concerns expressed by Rome were addressed and resolved, mainly concerning fishing rights in the Ionian Sea.

The agreement is effectively an extension of a previous maritime borders deal dating from 1977 and is also expected to pave the way for a similar agreement with Albania.