Turkey’s economy to bounce back in 2021: World Bank 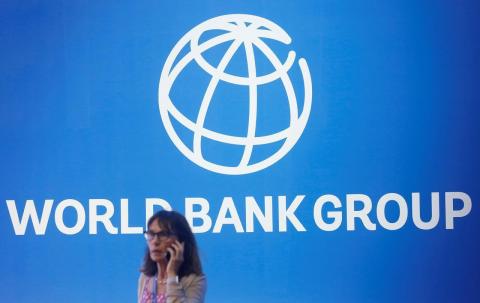 The Turkish economy is expected to bounce back to a record 5 percent growth next year after contracting 3.8 percent in 2020, the Work Bank said in the latest issue of Global Economic Prospects report.
"The economy is expected to return to growth in 2021, on the back of gradual improvement in domestic demand," the bank said on June 8.
It noted that the expected contraction in the Turkish economy this year reflects a continued fall in investment as confidence plummets to record lows, shrinking exports amid weak external demand, and the disruption to activity due to restrictive measures.
Turkey's economy grew 4.5 percent year-on-year in the first quarter of 2020, the latest data from the statistics office (TÜİK) showed, falling short of the market expectations for a 5.2 percent expansion.
Seasonally and calendar adjusted gross domestic product (GDP) increased by 0.6 percent in January-March compared with the previous quarter.
Leading indicators show that the worst is behind Turkey and the economic recovery has begun, said Treasury and Finance Minister Berat Albayrak on May 29, commenting on the latest growth data.
"I estimate that economic activity will return to its potential level in the last quarter of the year, completing 2020 with a positive growth performance," he added.
Worst global crisis
The coronavirus pandemic inflicted a "swift and massive shock" that has caused the broadest collapse of the global economy since 1870 despite unprecedented government support, the World Bank also said in the Economic Prospects report.
The world economy is expected to contract by 5.2 percent this year - the worst recession in 80 years - but the sheer number of countries suffering economic losses means the scale of...