Akar says Greece would not want war with Turkey 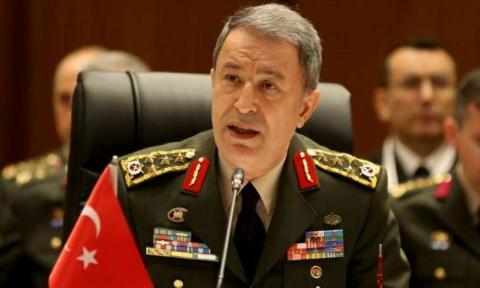 Turkish Defense Minister Hulusi Akar said on Wednesday he was certain that Greeks would not want an armed conflict with Turkey over maritime dumpsites in the Aegean and the Eastern Mediterranean.

"I want to underline in a mathematical certainty that Greeks would not want to stage a war with Turkey," Akar told the private broadcaster A Haber in an interview on June 10.

Akar was responding to comments made by Greek counterpart Nikos Panagiotopoulos who said last week that his country was ready for a possible military conflict with Turkey to defend its sovereign rights in the Mediterranean.

"[His statement] is a slip of tongue," Akar said.

Asked about an ongoing discussion about whether to turn Hagia Sophia into a mosque, Akar said it is a "domestic issue" of Turkey and no country can have a say in it.

He also called on Athens to resume technical...