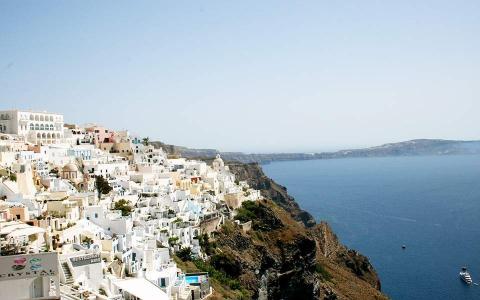 Divers cleaned up the seabed in the old port of Fira on the island of Santorini for the first time on Monday, removing 340 kilograms of waste. The operation was organized by members of the island's diving centers and volunteers.

"The caldera has a peculiarity, the slopes are steep at its bottom," said Dimitris Kampanos, a diving instructor.

"At 20 meters, we found a lot of plastic and soft drink cans, beer and champagne bottles. But we also found various unusual objects: cameras, car batteries, and even a plastic bench that apparently fell off a boat," he said.

However, the situation on the seabed in the Stavropeda area of Andros is worse than initially thought following the collapse of an illegal landfill into the sea in 2011.

Divers who mapped the area last week found mounds of rubbish measuring up to 100 meters in diameter and reaching a depth of 70...