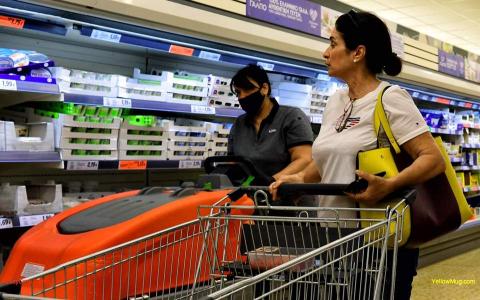 Supermarkets are expected to post 5.3% growth in turnover this year, as any losses in the second half from the expected contraction of the economy will have been offset by the jump in demand as soon as the first case of the coronavirus was recorded in Greece.

Notably, in case of a second wave of Covid-19 this fall, as epidemiologists expect, the rise in supermarket turnover this year is seen expanding to 8.1% compared to 2019, according to IRI's Analytics Center of Excellence.

These two scenarios on the course of organized retail sales were presented on Wednesday during an online seminar titled "Covid-19: The Day After in the Market," with the center's head, Constantinos Kotopoulos, saying that consumers' likely response to a second wave of cases will be much milder than the panic buying seen in early March.

From the start of the year until May 24, supermarket...