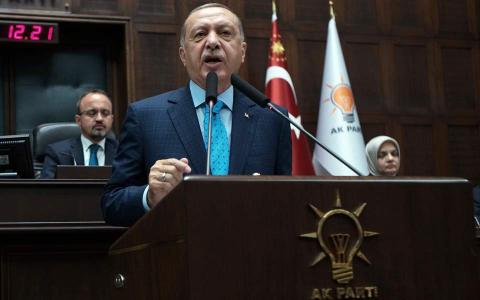 Turkey on Wednesday dismissed Egypt's proposal for a ceasefire in Libya, saying the plan aimed to save Khalifa Haftar after the collapse of his offensive to control the capital Tripoli, Hurriyet newspaper reported.
Turkey supports Fayez al Serraj's internationally recognised Government of National Accord (GNA), whose forces have in recent weeks repelled a 14-month assault on Tripoli by Haftar's Libyan National Army (LNA), backed by the United Arab Emirates, Egypt and Russia.
Egypt called for a ceasefire starting on Monday, as part of an initiative which also proposed an elected leadership council for Libya. Russia and the UAE welcomed the plan, while Germany said UN-backed talks were key to the peace process.
However, Turkish Foreign Minister Mevlut Cavusoglu dismissed the proposal as an attempt to save Haftar following the losses he suffered on the battlefield.
...