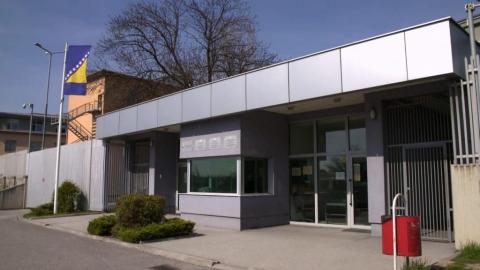 The trial of Mile Ujic, who is accused of persecuting Bosniak civilians during a widespread and systematic attack in the Rogatica area, opened at the Bosnian state court in Sarajevo on Thursday.

Ujic is accused of involvement in murders, forcible resettlement and detentions of local Bosniak residents during the attack by the Bosnian Serb Army, police and paramilitary units from Serbia.

The indictment alleges that on August 2, 1992, Ujic commanded a group of 50 members of the Bosnian Serb Army's Gucevska Company during an assault on the village of Kozadre in the Rogatica area.

Several civilians, including minors, were injured in the attack. After that, the men's hands were tied and they were taken away, alongside women and children, towards the nearby village of Dobrasina, while soldiers set several houses on fire.

According to the charges, the Bosniaks were then unlawfully locked inside a house, and Ujic arrived the following day and referred the injured for treatment.

It is further alleged that two or three days later, the women and children were transported to Rogatica and then to Hresa, near Sarajevo. Eight men were taken away and killed and their remains were only exhumed in 1998.

The indictment alleges that during the war Ujic held several senior roles including being a member of the Crisis Committee in Rogatica and the de facto deputy commander of the Bosnian Serb Army's Rogatica Brigade.

The first witnesses are due to be heard on June 12.