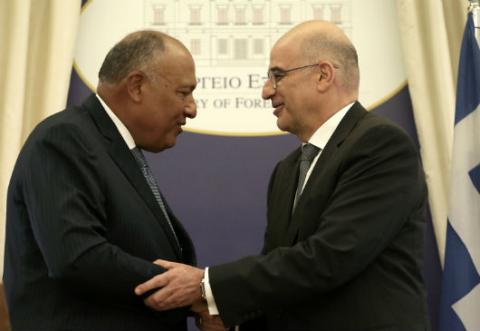 The reason is that it not only resolves an issue that has festered for 43 years but also because it sends a resounding message to Ankara that Greece will not only invoke international law but is also prepared and determined to enforce it.

This display of decisiveness is particularly significant at the current geopolitical juncture as Turkey grows more audacious by the day.
It has become clear all these years that Greece's decision not to fully exercise its rights under international law has to this day failed to limit Turkey's provocations.

On the contrary, it was interpreted as weakness.

Greek diplomacy must take its new strategy a step further.

The accord with Italy - which as all agreements is the product of mutual compromises - must serve as the starting point for new, analogous moves on the diplomatic chessboard.

Greece's next target must be to reach an EEZ delimitation agreement with Egypt.

That is no easy task.

As To Vima on Sunday noted, the experience from many years of negotiations has shown that the bureaucracy of the Egyptian foreign ministry continues to waver on a full EEZ delimitation with Greece.

The reason for that is that it does not wish to open a dispute with Ankara on the issue of the EEZ of the island of Kastellorizo.