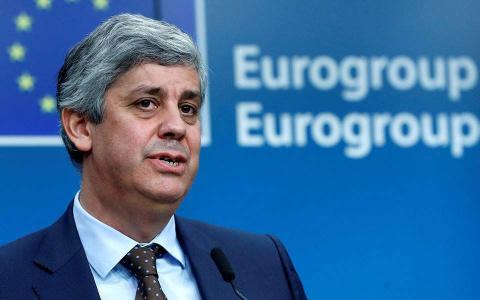 Eurozone finance ministers will start on Thursday a month-long process of choosing their next chairman to replace Portugal's Mario Centeno who will step down in July, with ministers from Spain, Luxembourg and Ireland among possible candidates.
The chairman sets the agenda at monthly meetings of finance ministers of the 19 countries sharing the euro, called the Eurogroup, and works out compromises on key policies.
The job goes to one of the sitting finance ministers for 2 1/2 years, a term that can be renewed.
The Eurogroup president also chairs the board of the eurozone bailout fund - the European Stability Mechanism (ESM) - which saved Greece, Ireland, Portugal, Spain and Cyprus from bankruptcy during the sovereign debt crisis.
The decision on the replacement for Centeno, who is stepping down because he is ceasing to be Portugal's finance minister, will be...