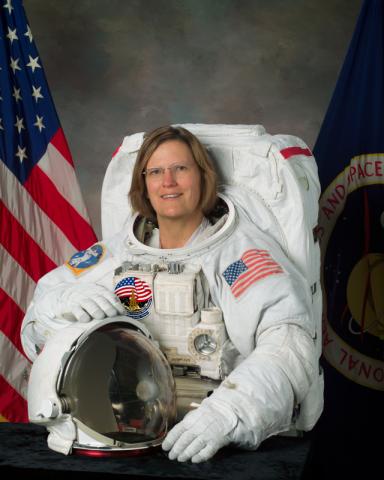 A former NASA astronaut who was the first American woman to walk in space has become the world's first woman to reach the deepest point on Earth.

36 years after my space walk, I became the first woman to dive to the deepest known spot in the ocean - the Challenger Deep. #WorldOceansDay pic.twitter.com/KWJxx4fBYR

Kathy Sullivan on Saturday (June 6) dove to Challenger Deep, the lowest-known location on the planet. She is now the first woman and eighth person to descend the 7 miles (11 kilometers) to the bottom of the crescent-shaped Mariana Trench, located near Guam in the Western Pacific Ocean.

Sullivan's participation in Caladan Oceanic's "Ring of Fire" expedition comes 36 years after she launched on and performed a spacewalk outside of the space shuttle Challenger in 1984. Both the orbiter and seafloor depression were named after the HMS Challenger, the British Royal Navy survey ship that in 1875 was the first to record the depth of what would later be known as Challenger Deep.

Turkish adventurer sails to Pacific to set a new record

The EU Published a "Black" List of 17 Offshore Zones

20 Countries are on the Offshore Black List of the EU

For the lovers of food and female thighs! (photos)