RHMZ issued an urgent statement: Unprecedented ever in history, it is not over yet 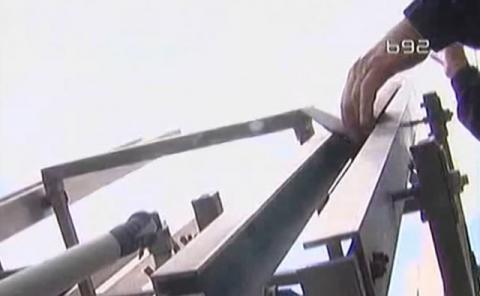 Extremely unstable weather conditions this year caused frequent occurrence of storm-hail clouds, meteorologists said.
"We have not 'pushed' through a third of the defense season against the hail yet, and a record 4684 missiles have already been used, which is not recorded ever in history. 1395 more missiles were spent than the total consumption in 2015. Only for the last three consecutive days, 2759 rockets were fired, which has not been recorded so far. On June 10, over 1200 anti-hail rockets were fired from 284 anti-hail stations, which is a record number of rockets fired in one day. The value of rockets fired so far, in one month and 25 days of this year's anti-hail season, reached 1.5 million euros", the statement said. It is added that the damage caused by hail is minimal, in relation to the agricultural areas, genuinely endangered by the hail, affected by the cores of cumulonimbus clouds.