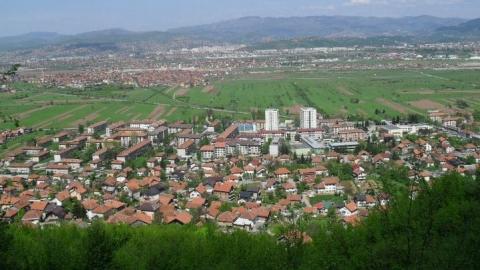 Serbia's war crimes prosecutor said in his closing statement to Belgrade Higher Court on Thursday that all the evidence showed that Husein Mujanovic was guilty of abusing Serbs held at a wartime prison that he commanded in Hrasnica.

Prosecutor Mioljub Vitorovic said the evidence "indisputably established that Husein Mujanovic committed the criminal act with which he is charged".

"I suggest that this court find him guilty and sentence him to 15 years," Vitorovic added.

According to the indictment, in the period from July 8 to October 15 1992 there were some 30 Serb prisoners in Hrasnica prison, which was run by the Bosniak-led Army of Bosnia and Herzegovina.

The prisoners were held in poor conditions and abused. Some of them were beaten in a nearby fallout shelter, and six died as consequence of the beatings.

Mujanovic is charged with personally beating two prisoners who survived.

His defence denied that witnesses' statement and evidence have proved the accusations.

"Prosecution claims are based only on the statements of witnesses who have changed them for the last 20 years," defence lawyer Dusan Ignjatovic told the court.

"He was fighting for the opposite [Bosniak] side [in the Bosnian war], we were cheering for the other, let's try [to show] that those who were fighting against [Serbs], who could be perceived as enemies, that they can expect justice in Serbia," Ignjatovic said.

Mujanovic repeated that he is not guilty.

He was arrested in July 2018 by Serbian police at a border crossing between Bosnia and Serbia.

The verdict will be delivered on July 6.