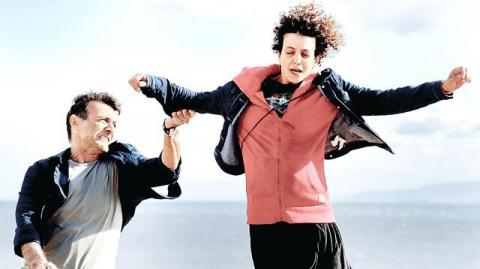 The film "Omar ve Biz" (Omar and Us), directed by Matyna Er Gorbach and Mehmet Bahadır Er, has won awards at an international festival.

The 2019 film, shot in collaboration with TRT with the support of the Culture and Tourism Ministry, won three big awards at the 10th South European Film Festival (SEE) organized in France.

The film features the story of retired soldier İsmet, who lives at the Turkey-Greece border and whose neighbor Sabri hosts two immigrants who saved his life.

It will also be screened at the International Migration Film Festival International Competition and the Sophia and Balkan film festivals.