Annual naval exercise in Aegean comes to a close 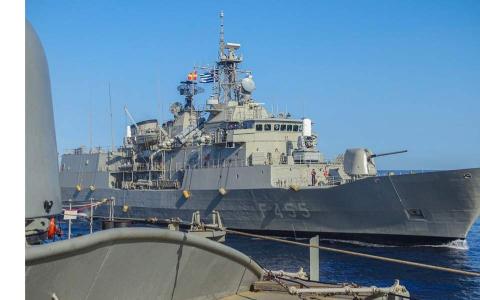 Images were released on Saturday of last week's Hellenic Navy exercise that took place from Tuesday to Friday in the wider sea area of the central and northern Aegean. Frigates, surveillance ships, submarines, helicopters of the navy's aviation force and Hellenic Air Force planes took part in the four-day drill. According to a statement issued by the Hellenic Navy, this exercise is part of its annual operational training program and is aimed at maintaining and increasing the operational readiness and combat capability of the participants. [Hellenic Navy]