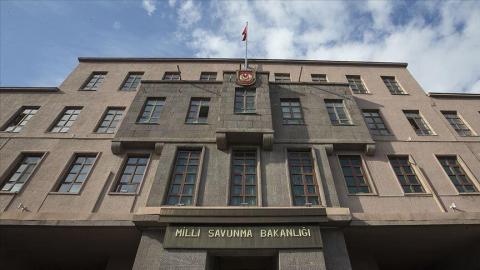 A Turkish soldier succumbed to his wounds from a terrorist attack in Syria, the National Defense Ministry said in a statement on June 12.

He was injured in an attack on an ambulance on June 5 in the Idlib region.

The ministry expressed condolences to the martyr's family, the Turkish Armed Forces and the Turkish nation.

Idlib falls within a de-escalation zone laid out in a deal between Turkey and Russia in late 2018. The Syrian regime and its allies, however, have consistently broken the terms of the cease-fire, launching frequent attacks inside the zone.

The de-escalation zone is currently home to 4 million civilians, including hundreds of thousands displaced in recent years by regime forces throughout the war-weary country.

Turkey has worked to protect the local civilian population, as well as rid the wider region of terrorist elements.