Demolition to begin at Elliniko plot 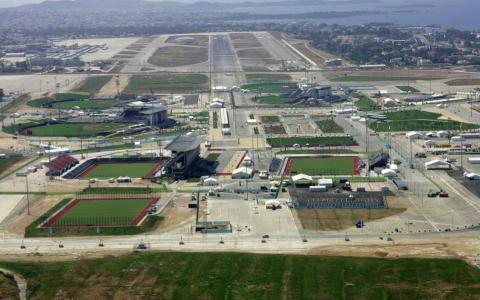 The government has approved the demolition of five structures at the former Athens airport at Elliniko in southern Athens, a necessary step toward the long overdue redevelopment of the area, marking the start of the process undertaken by the consortium led by Lamda Development.

The decision was published late on Friday in the Government Gazette and the structures will be demolished by October 31.

Development Minister Adonis Georgiadis commented on the news, saying it disproves all those who said the Elliniko development would never take place. He went on to thank the deputy ministers of development, Nikos Papathanassis, and environment, Dimitris Economou, as well as the president of the Technical Chamber of Greece, Giorgos Stasinos.

Speaking at the 5th Delphi Economic Forum on Friday, Georgiadis said that the procedures for the development of Elliniko are...