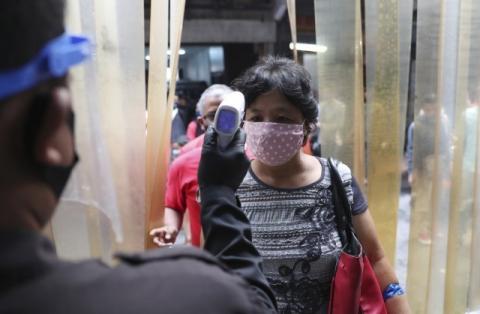 According to the latest data, there are 435.855 deaths from COVID-19 infection, and 4.134,874 people recovered from the infection.
The highest number of infected and dead people is in the USA - 2.162.228 cases of coronavirus have been confirmed in that country, and 117.858 people have died.
The second is Brazil, where 867.882 people were infected and 43.389 people died.
The third in terms of the number of infected is Russia, where 537.210 people became ill, and the second in terms of the number of recorded deaths is Great Britain, where 41.698 people died.
Italy and Spain, which have been hotbeds of infection for months, record a smaller number of infected and dead people.
According to official data, the coronavirus appeared in China in December 2019, and after a month, it spread worldwide.
It is now found in 213 countries, and some like New Zealand have announced they are no longer infected.
After months of travel bans, many states have reopened their borders.
The concentration of the virus was transmitted to Europe via Asia, and is now reaching its peak in North and South America.
The World Health Organization warns of possible fatal consequences if the coronavirus continues to spread in Africa.