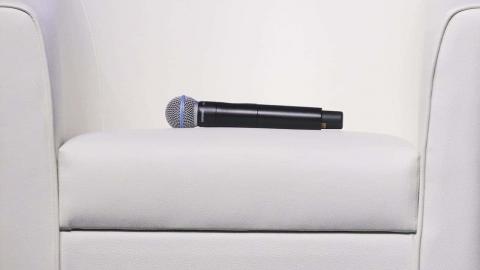 "When you put someone on the list who is engaged, and who has dealt with both some social issues and kind of activism, it's one thing; it's another when you put [on the lists] people who are just celebrities," she said.

Parliamentary elections in Croatia will be held on July 5, and several celebrities can be found among the candidates on the electoral lists.

The latest surprise was the announcement that musician Mile Kekin, frontman of Croatian punk-rock band Hladno pivo [Cold beer] will run for elections on the list of the green-left coalition gathered around We can! Zagreb is ours! New Left, ORaH and the Workers' Front.

"My songs and views have always been clear. I never hid the fact that I was a leftist by political vocation," Kekin said on July 7, in an interview for the Jutarnji list daily.

The political right is not excluded from this trend. The biggest challenger to the ruling conservative Croatian Democratic Union, HDZ, comes from the right-wing folk singer Miroslav Skoro who came third in Croatia's first round of presidential elections last December with almost a quarter of the votes cast.

Skoro is not a political novice. He was a member of parliament before, for the HDZ, between January and November 2008. He left the party in 2012 and re-launched his political career in 2019 as a nationalist independent.

An opinion poll published on June 7, conducted by the pollster Promocija plus for the private broadcaster RTL, meanwhile gave the Social Democratic Party, SDP, and their Restart coalition 27.2 per cent of the...