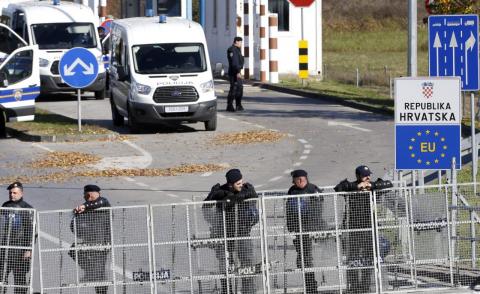 The European Commission has rejected allegations that its officials tried to cover up the failure by Croatia's government to supervise its border police, after they were repeatedly accused of abusing migrants and refugees on the EU's external borders.

"The Commission's intention has always been, and remains, the establishment of a fully independent border monitoring mechanism in Croatia," a European Commission spokesperson told BIRN.

The response comes after the UK Guardian newspaper claimed it was in a possession of internal email correspondence from officials in Brussels, in which, fearing a negative reaction, they allegedly decided not to expose Croatia's lack of commitment to the monitoring mechanism financed by EU money.

In October 2018, the Commission made available 305 million euros in emergency assistance to support migration and border management in Greece, Italy, Cyprus, and Croatia. They gave Zagreb 6.8 million euros.

Within the framework of an emergency assistance grant for staffing re-enforcement of the police at the external border, the monitoring mechanism was established.

In December 2018, it was stated that the mechanism should "ensure that all measures applied at the EU external borders are proportionate and are in full compliance with fundamental rights and EU asylum laws".