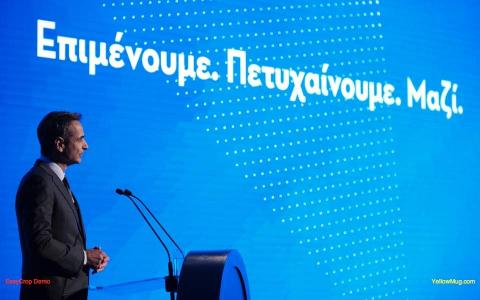 Calling for perseverance and progress through unity, Prime Minister Kyriakos Mitsotakis on Monday addressed the annual general meeting of the Hellenic Federation of Enterprises (SEV), saying that the government's top priority is saving people's jobs.
"The health crisis has tested the national economy but I do not believe that it has damaged its foundations, as the reduction of GDP by 0.9% in the first quarter was significantly lower than expected," he said.
Mitsotakis also noted that the pandemic showed Greece's potential to stand out as an example to follow.
SEV on Monday elected Dimitris Papalexopoulos as its new president.