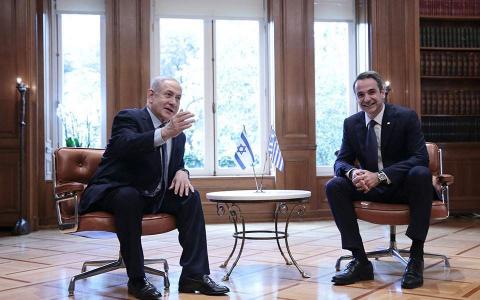 On his first trip overseas after the coronavirus outbreak, Prime Minister Kyriakos Mitsotakis will have private meetings on Tuesday in Israel with three of the country's largest business and investment groups, namely the Jerusalem Venture Partners, AMPA Capital and ELBIT Systems at the iconic Waldorf Astoria Jerusalem Hotel.

His meetings are part of the most serious and concerted effort to strengthen Greek-Israeli business and investment relations. Israel has a slightly smaller population than Greece, but has twice its GDP and its development dynamics in peak sectors move beyond its borders.

Mitsotakis will be accompanied by the head of his financial office, Alexis Patelis, as well as the ambassador to Israel, Panagiotis Sarris.
On a separate occasion he will address a group of businessmen and members of the Israel-Greece Chamber of Commerce, which is assisting...