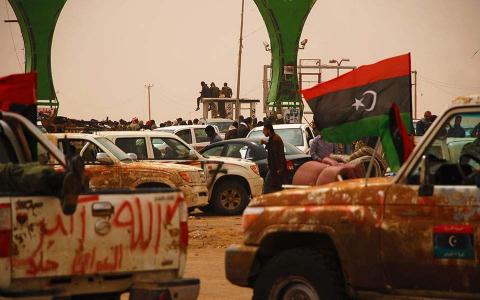 Turkey and Libya's internationally recognized government are discussing possible Turkish use of two military bases in the North African country, a Turkish source said on Monday, with a view to a lasting Turkish presence in the south Mediterranean.
No final decisions have been made over possible Turkish military use of the Misrata naval base and the al-Watiya air base, which was recently recaptured by the Turkish-backed Government of National Accord (GNA).
A more permanent air and naval presence in Libya could reinforce Turkey's growing influence in the region, including in Syria, and boost its claims to offshore oil and gas resources.
Turkey has also flagged possible energy and construction deals with Tripoli once the fighting ends.
The GNA has in recent months driven back Khalifa Haftar's Libyan National Army (LNA) - supported by Russia, the United Arab...