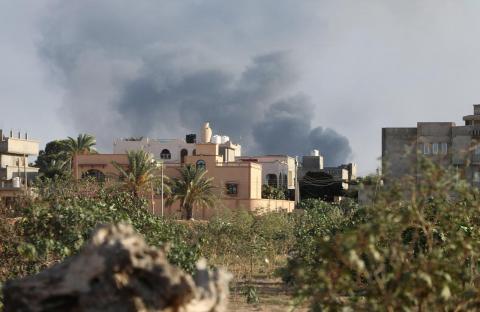 German Chancellor Angela Merkel discussed the conflict in Libya and the situation in the eastern Mediterranean in a video call with Turkish President Recep Tayyip Erdoğan, Merkel's spokesman said in a statement on June 16.

Turkey is backing Libya's internationally recognized government in Tripoli in its conflict with the Libyan National Army (LNA), which is backed by Russia, the United Arab Emirates, Egypt.

According to the statement, Merkel and Erdoğan agreed that the United Nations-sponsored peace process in war-torn Libya should be reinforced.