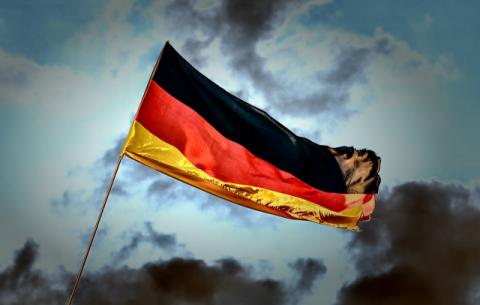 A German neo-Nazi stands trial Tuesday on charges of murdering pro-refugee politician Walter Luebcke, in a case that shocked the country and highlighted the growing threat of right-wing extremism.

Federal prosecutors believe the main suspect, 46-year-old Stephan Ernst, was motivated by "racism and xenophobia" when he allegedly drove to Luebcke's house on June 1, 2019 and shot him in the head.

Ernst is to appear before the higher regional court in Frankfurt alongside co-defendant Markus H. who is accused of helping Ernst train with firearms -- including the murder weapon.

The killing has been described as Germany's first far-right political assassination since World War II.

The trial is expected to draw huge interest but seating in the courtroom will be limited because of coronavirus social distancing measures.

"Hatred and violence can have no place in our society," they said in a statement.

"All of us who stand for a free democracy must not fall silent, but take a clear position."

He supported Merkel's 2015 decision to open the country's borders to refugees during Europe's migrant crisis and spoke in favour of hosting asylum seekers in a local town.

Prosecutors believe Ernst and his accomplice attended a speech by Luebcke in October 2015 when the politician defended helping refugees and said anyone who didn't agree with those values was "free to leave the country".

The remark was widely shared online and sparked a furious reaction...