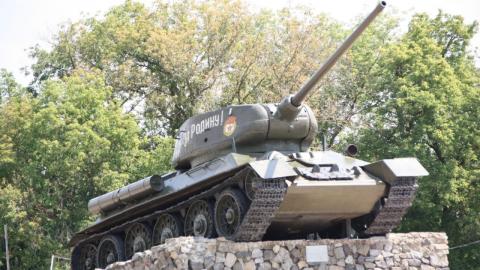 The Moldovan Foreign Ministry on Monday evening criticised the Operative Group of Russian Troops, which is stationed in the breakaway region of Transnistria, for holding a ceremony to mark the recruitment of a new group of minors to the ranks of Russia's Yunarmia (Youth Army) movement.

"The act in question is part of a series of other defiant actions by the Russian Troops Task Force, the stationing and activity of whom, on Moldova's soil, is a violation of the independence, sovereignty, territorial integrity and permanent neutrality of Moldova," the ministry said.

Ten minors from Transnistria took an oath on Monday to join the Iunarmia, and pictures from the ceremony were posted on the Russian Defence Ministry website.

"On the occasion of Russian National Day, ten young people took a solemn oath and joined the Red Star team of the Youth Army military-patriotic public movement," the Russian Defence Ministry said on its website.

The Youth Army is an organisation supported and funded by the Russian government that aims to train young people and to teach them the values and military history of Russia.

For years, the Russian army has openly been recruiting Transnistrian locals to join its ranks, despite protests from Chisinau.

The Moldovan Foreign Ministry repeated the need for Russian troops to withdraw from Moldova's territory.

Russia keeps more than 1,500 soldiers in the breakaway region of Transnistria after the peace settlements that ended the Dniester War in 1992. Their official purpose is to ensure peace between...