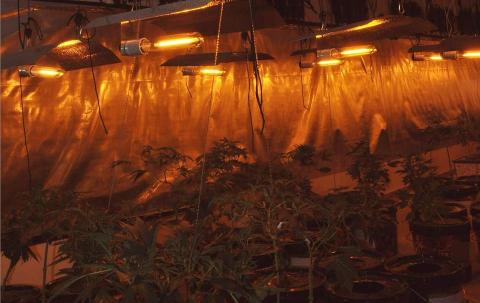 A fully equipped laboratory for the hydroponic cultivation of cannabis was located in the basement of a house in the area of Fthiotida in central Greece, the Hellenic police (ELAS) said on Tuesday.

The basement was raided on Monday by officers of the narcotics unit, who arrested and charged a woman with the illicit cultivation of drugs, trafficking and violating gun laws.

Police seized a list of equipment used in hydroponic cultivation, 117 hemp seedlings in plastic boxes, a hunting rifle, an air gun and ammunition. The woman, who reportedly has had prior run-ins with the law, was to appear before a prosecutor in the town of Lamia.