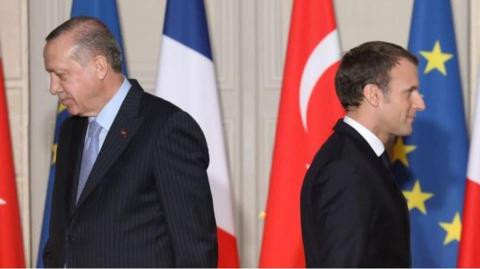 Turkey angrily accused France on Tuesday of exacerbating the crisis in Libya and violating UN and NATO decisions by supporting the forces of Khalifa Haftar against the internationally recognised Government of National Accord (GNA).
The statement marked a further escalation in a war of words between the two NATO allies, which are at odds over a range of issues including Libya, where Turkey recently helped the GNA repel a 14-month assault on Tripoli by Haftar's forces.
France called on Monday for talks among NATO allies on what it described as Turkey's increasingly "aggressive" role in Libya. Paris accused Ankara of thwarting truce efforts by breaking a UN arms embargo.
"The support France has provided to the putschist and pirate Haftar... has exacerbated the crisis in Libya," Turkey's foreign ministry said in a statement.
"What should actually be a cause for...

Suleiman the Magnificent’s caftan to be restored in four months