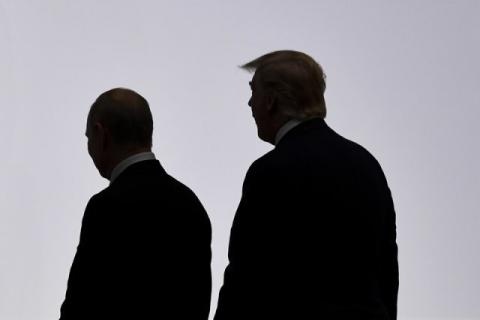 The recent message of that kind arrived on Monday, late in the afternoon, from the envoy of the US president, Richard Grenell - that he is looking forward to the meeting of the representatives of Belgrade and Pristina in the White House on June 27.
EU Envoy Miroslav Lajcak was supposed to start his mission of renewing the dialogue with a visit to Pristina yesterday, but it is currently postponed, for unknown reasons and until further notice.
As announced, French President Emmanuel Macron intends to invite the leaders of Belgrade and Pristina to Paris immediately after the political conditions are created and anti-pandemic measures are mitigated.
The news was confirmed by French Ambassador to Pristina Marie Christine-Butel, explaining that France has a partner, Germany, and "that a comprehensive, final and legally binding agreement must be reached under the leadership of the European Union, the content of which must be determined by both countries."
What is behind these initiatives from Washington, Brussels and Paris, and thus Berlin, on resetting the dialogue?
First of all, there is certainly a desire to show that without them there is no solution to the Kosovo problem, and thus not to give up the influence on the events in the Balkans. According to the initiatives that catch up with each other, one could almost get the impression that at this moment, the continuation of the dialogue is more important to Paris, Berlin, Brussels or Washington DC, than to Belgrade and Pristina.
The fact that so far, at least according to what could be heard, no one offers a solution that would bring the dialogue out of the deadlock, seems less important than demonstrating the influence of these world powers.
Unless it is a matter of some...