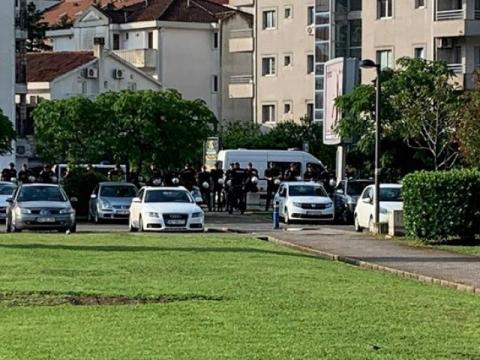 Investment Secretary Mladen Mikijelj was also arrested, as well as Marko Carevic's son and brother.
The police used chemical means, and the windows on the Municipality building were broken.
Municipal officials and citizens gathered early this morning in the premises of the Municipality of Budva, after a dozen vans full of police arrived in Budva.
They were then greeted in front of the entrance to the Municipality by Carevic and Radovic.
The police surrounded the building of the Municipality after they gave up assistance to the Administrative Inspection for the violent change of government in Budva last night.
Last night, the administrative inspection came to the premises of the Municipality of Budva, together with Vladimir Bulatovic and Snezana Kuc, with the intention of introducing them as new officials, but the municipal government did not allow access.
Marko Carevic filed criminal charges against three inspectors of the Administrative Inspection, as well as against DPS board member Snezana Kuc and the leader of the Budva board of Montenegro, Vladimir Bulatovic, for "abuse of official position, creation of a criminal organization for violent takeover of power and intrusion into official premises".