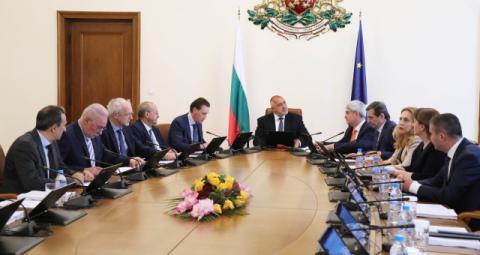 Decisions have been made on a package of anti-crisis measures, said Deputy Prime Minister Mariana Nikolova.

"With this act of goodwill from employers, unions and the government, we are showing common sense. It is very complicated and no one can handle it alone. With common efforts, if we can get out of the crisis caused by COVID-19, it will be good. "This was stated by Prime Minister Boyko Borissov after the signing of the National Tripartite Agreement between the Government of the Republic of Bulgaria and the social partners and employees.

Prime Minister Borissov expressed gratitude to all participants in the process of preparation and finalization of the agreement, containing measures in five key sectors for the economic development of our country. And they are: business environment and economy; energy; European green deal; demography, education, labor market and labor migration; social protection policies.

The Prime Minister was adamant that now is not the time for controversy, but for unification in the name of successfully overcoming the socio-economic consequences of the COVID-19 pandemic.

Domuschiev described the tripartite agreement as "historic". "We came to the conclusion that we need to be modern employers and unions, to have a good social dialogue, we agreed to bury the tomahawks. We managed to reach a consensus on many topics...

Nearly 1 Million People without an Increase in Pensions in Bulgaria

Yellow Code for High Temperatures in Some Regions of Bulgaria

Seven New Areas without Cases of COVID-19 in Bulgaria
Citu: Eurostat confirms cheapest food in the EU is in Romania