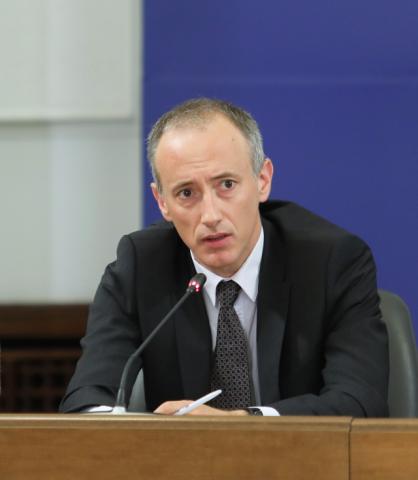 The Commission for Combating Corruption and Confiscation of Illegally Acquired Property filed a complaint with the Minister of Education and Science Krassimir Valchev, the Commission announced.

The proceedings for conflict of interest were initiated on the basis of media publications of 12 and 14 June 2020. They contain allegations concerning Krassimir Valchev - Minister of Education and Science, and Dimitar Margaritov - Chairman of the Consumer Protection Commission.

According to the publications, the executive director of the Prosveta Foundation Maria Karabelova-Margaritova is Krassimir Valchev's godmother and at the same time she is a partner with his wife in the consulting company Bonafide Advisors OOD. It is alleged that the main activity of the Foundation is subsidized and dependent on the Ministry of Education and Science, and all new textbooks of the publishing group "Prosveta" for 11th grade for the school year 2020/21 have been approved by the Minister of Education and Science.

It was also reported that the wife of the Minister of Education is the owner of PR and Event Consulting AD, and since Dimitar Margaritov / with whom persons are connected within the meaning of the law / is chairman of the CPC, the budget of this commission has spent about BGN 100,000 for organizing events, media services and making souvenirs for the CPC and the European Consumer Center - Bulgaria.

Facsimiles of a contract worth approximately BGN 35,000 have also been published, as well as a reference containing data on the persons indicated in the signal and the company Bonafide Advisors OOD, the Commission also announced.