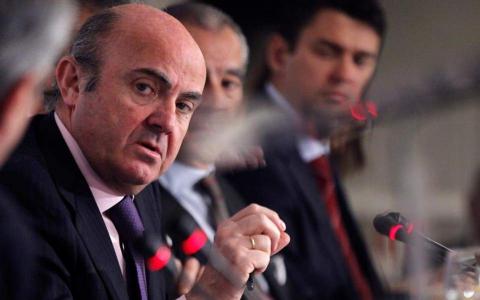 Indebted eurozone countries such as Greece or Italy need European Union grants rather than loans to deal with the impact of the coronavirus crisis, European Central Bank Vice-President Luis de Guindos said on Wednesday.

"If aid is distributed through debt, it aggravates the fiscal situation of some countries," de Guindos said. "It is very important than countries like Italy, Spain or Greece receive grants."

The EU has proposed a 750-billion-euro aid package with two-thirds of it in grants but some frugal northern European nations appear to be deeply skeptical, suggesting that negotiations will be drawn out and the package may be watered down. [Reuters]