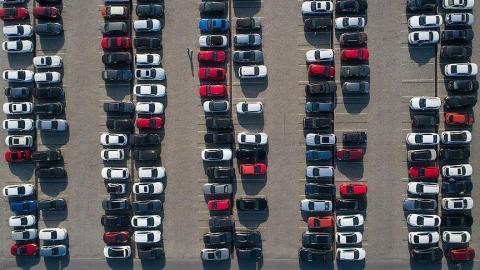 The EU's passenger car market shrank 41.5% in the January-May period this year compared to the same period last year, an industry group said on June 17.
Automobile registrations across the 27-member bloc stood at 3.33 million in the first five months of 2020, the European Automobile Manufacturers' Association (ACEA) announced.
Car registrations decreased in all major markets, by 54.2% in Spain, 50.4% in Italy and 48.5% in France.
"The contraction of the German market was slightly less severe, with registrations down 35% over the first five months of 2020," it noted.
The EU is the main automotive export market for Turkey, where top international automakers- Ford, Honda, Hyundai, Mercedes, Renault, and Toyota, among others- are operating.
In May, the European passenger car market posted another 'sharp drop', by 52.3%, year-on-year.
"Although COVID-19 lockdown measures were eased in many countries last month, the number of new cars sold across the European Union fell from 1.2 million units in May," it added.