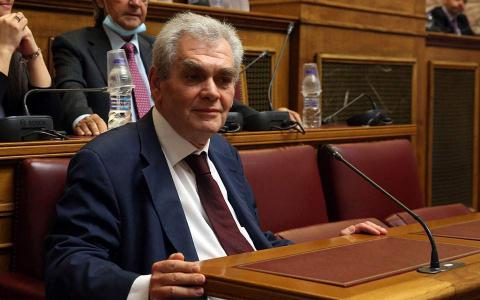 A parliamentary committee examining the handling of the Novartis bribery investigation by the former SYRIZA administration is on Wednesday to hear from ex-alternate justice minister Dimitris Papangelopoulos who is accused of politically motivated interference in the probe.

Papangelopoulos' testimony is expected to conclude the work of the committee, which will subsequently compile a report on the basis of which Parliament will decide whether the former minister should be indicted.

It had been expected that the committee would also summon prosecutors to testify. However, it was decided that the panel cannot summon non-political individuals as suspects or witnesses in a probe focusing on a politician.

Papangelopoulos is accused of trying to influence the course of an investigation into witness allegations that 10 prominent politicians had accepted bribes from the...

Tennis: Monica Niculescu, victorious in doubles first round at Roland Garros
Coronavirus/Specialist Rafila: Number of cases is growing because of increasing community transmission

European Council meeting gets under way with Turkey high on agenda

Azerbaijan capable of protecting its lands thanks to Turkey for its 30-year support: Ambassador