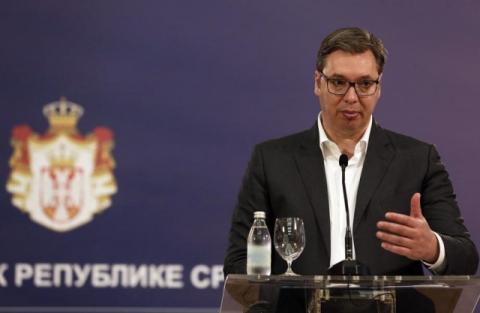 He commented on the upcoming meeting in Washington, scheduled for June 27.
"I don't know what the topic will be, or which delegation will go. I expect a rational conversation. Serbia is small to command the White House, but big enough to emphasize its interests," he said.
He once again denied allegations that Serbia would recognize Kosovo on the eve of Vidovdan.
"I don't have to use a mythical vocabulary or anything. Vidovdan is close, I won't get an apology for those statements. It is important for us how to help our people and preserve our national interest," Vucic said.
He also answered questions regarding the upcoming elections.
"People go to the polls. It is important for me that people in the election boards wear masks. Those who come to vote should stay as short as possible. That is due to technical things. The success of the list I lead is important to me," he said.