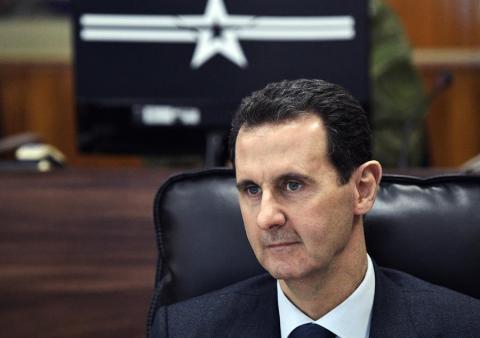 The United States on June 17 imposed sanctions on Syrian President Bashar al-Assad's wife and dozens of others as it vowed a vast pressure campaign under a new law that has already rattled the war-torn nation's economy.

"We anticipate many more sanctions and we will not stop until Assad and his regime stop their needless, brutal war against the Syrian people," Secretary of State Mike Pompeo said in a statement.

He called the sanctions "the beginning of what will be a sustained campaign of economic and political pressure to deny the Assad regime revenue and support it uses to wage war and commit mass atrocities against the Syrian people."

Pompeo was announcing the coming into force of the Caesar Act, which punishes any companies that work with Assad and has already led the Syrian currency to plummet in value.

The first batch of designations target 39 people or entities, including Assad personally as well as his wife Asma- the first time she has been targeted by U.S. sanctions.

Under the law, any assets in the United States will be frozen. President Assad has been under U.S. sanctions since he began to crush an uprising in 2011.

Born in Britain to a cardiologist father and diplomat mother, Asma al-Assad is a former investment banker who had styled herself as a progressive reformer and modern face of the Assads.

But Pompeo in his statement charged that Asma al-Assad, with the support of her husband and her own Akhras family, "has become one of Syria's most notorious war profiteers."
Others designated under the Caesar Act include Mohammed Hamsho, one of Syria's most prominent businesspeople, and the Fatemiyoun, an Iranian-led division of Afghan Shiite Muslims that has been deployed to prop up Assad.