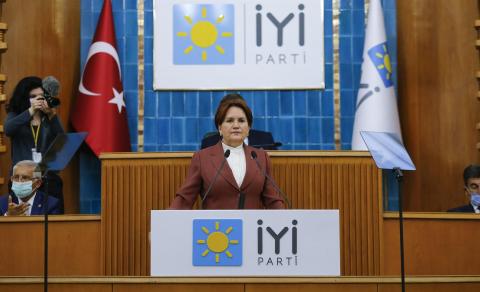 "It is the product of a rotten mentality. On behalf of the honor of Turkish people, I am saying: Enough is enough!" she said.

"Now take your nasty language and your hands off the bodies of women," she said.

Akşener said she too was the target of such attacks as a female politician.

On another note, the leader also criticized the current presidential system in the country, calling for restoring the parliamentarian system. She said the new system was causing further unemployment and injustice.

A suspect has been arrested after threatening Başak Demirtaş on Twitter. The rape threats had stirred widespread outrage on social media.