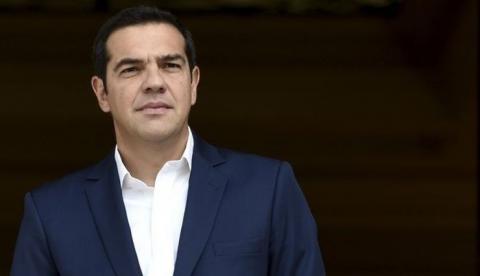 The sordid revelations about an attempt to cover up officials' responsibility for the July, 2018, Mati wildfire that claimed 102 lives have stunned public opinion and offend both the memory of the dead and their families and friends.

The cynical manner in which state functionaries conducted the investigation and orchestrated a cover-up of a national tragedy in which dozens of people died is a disgrace for democracy and the rule of law.

The judiciary will have to judge who ordered this cover-up, but there are huge political responsibilities that burden the government of former PM Alexis Tsipras.

Given the fact that state services for which he was responsible proved incapable of averting the tragedy the government had a duty to conduct a full and thorough probe and sack those responsible.

These revelations come straight on the heels of other murky affairs that demonstrate an establishmentarian approach to governance.
From the moment SYRIZA came to power in January, 2015, government members treated the state as booty.

Using the putative moral advantage of the first ever left-wing government as a vehicle, state mechanisms on the sidelines were unhindered in displaying contempt for democratic institutions and rules.

The separation of powers was sorely tested and one minister said publicly that SYRIZA had to "put some people in jail" in order to secure re-election.

A libertine and arbitrary environment cultivated the idea that power can be wielded unchecked and without accountability. Some believed they had the right to act in this manner because their alleged left-wing ideology made them more equal than the rest.

About a month ago on the occasion of other revelations about the former government we wrote in an...